I was looking through very old journal and found some poems I wrote many years ago. This one is from the summer of 2004, with new edits from today.

Let me be weightless

falling away from myself,

the weeping arms of willows.

The ocean is bittersweet;

I’ll swim the depths in search of me.

smooth as a field of clay,

My skin is cracking

a drawing of sand

dispersing into the wind.

The petals of forget-me-nots die

I want to be a character in one of those dramatic change-of-life novels that always seem to occur at the beach. Because those characters are always artists who don’t seem to have day-to-day commitments, so they just get to lose themselves in the constant leisure and spend all their time working on their craft, creating some masterpiece or other. I bet if I lived in those circumstances, I’d have a novel done in no time. And it wouldn’t be one of those dramatic change-of-life novels that takes place at the beach, with a little temporary romance thrown in. It would be – how shall I say – larger than that.

Preface: The first reason, for someone who is a writer by nature, for whom writing is one of the most fulfilling things we can possibly do, is that we have to.

When I was in high school, and a bit in college, I used to write fanfiction. It was mostly Harry Potter, with a bit of Wheel of Time and some other stuff thrown in there. I liked writing stories that put Hermione together with Draco Malfoy. So entertaining.

I usually try to keep all that separate from this blog and anything else I write now. Although certain books that shall not be named can make obscene amounts of money by starting out as fanfiction (and at least I also write well…), I am not looking to just make money. For my writing career work, I want people to see the writing I have inside me that isn’t trying to be popular or build on someone else’s empire, but is just me saying something… I feel as if that was not as eloquent as I wanted, but hopefully you know what I’m saying there.

I also try to keep my fanfiction days separate because it’s kind of embarrassing. It shouldn’t be, because thousands of people did it, and I would venture to say that my fanfiction pieces were much better written than most of them. However, I still want to blush bright red and hide my face behind a pillow until all mentions of fanfiction go away. I think the thing is that I can’t take it seriously myself, so I don’t really want to publicize my silliness.

However, since my fanfiction stories are still up on the site, people are still reading them and sometimes I still get reviews for them. I got one the other day that I would have to say is probably the nicest thing a stranger has ever said about my writing, and reminded me why I was writing fanfiction to begin with. Mostly, because it was a way to work on writing and have a sort of built in “fan-base,” even though they were J.K. Rowling’s fans and not mine. I am just going to put the review right below…

THANK YOU *SOOOOOOO* MUCH for writing these fabrics. Your “No Longer An Enemy”
is one of the best things I’ve ever read. You should print it out, bound it
together as a book, an get it published. You could really make some money! I
know there are a LOT of Dramione shoppers out in the world who would eat it
up! Also it would be so cool to be able to keep the book on my nightstand. And
you already have a name for it, too! I just wanted to let you know that I
absolutely LOVE this fanfic. Because of school and work, it took me about a
week to read it. When I finished, I just about cried. “What am I gonna do with
my life NOW?!?!” So, thank you for making that fanfic so good 🙂 You’re
awesome and NEVER doubt your writing abilities – they are ABSOLUTELY AMAZING!
I could just hug you to death because of how amazing your stories are! Thank
you 🙂 *BIGGEST HUG EVER!!!!*

Granted, I don’t actually want to be hugged to death, but I figured that wasn’t literal.

When I read over this story again, a number of years ago, after completing it, I couldn’t help noticing all the mistakes that I’d made, and things I would have done differently. I used to just write one chapter at a time, posted with proofreading but not really revising the story as I went along, so that’s understandable. However, I’ve been instructed to “NEVER doubt my writing abilities,” so I guess I have to believe in myself now.

This is Reason #2: because you will write something that will give someone else pleasure because it’s enjoyable to read, or release because it reaches their emotions, or inspiration because it reminds them of their love of art and creation or something like that. Reactions like this to something you made are just so heartening, it’s hard not to have your spirits lift when you see them. And although legions of fans like musicians or books or movies that don’t really have much artistic merit, but a single glowing review from an individual is worth a lot more than a horde of screaming dummies. (No offense to the screaming dummies.)

Glancing out the window from time to time today, and now listening to the trickle of rain off the roof outside, I am wondering, what has happened to snow? Was it all used up two winters ago, when it was piled so high you couldn’t even reach some of the sidewalks? That might be it. Is it waiting until it’s actually winter (December 22, officially)? I’ve never liked the freezing cold and I always hated sledding, the fun never quite making up for the discomfort of the snow getting inside my boots, snow pants and jacket – which always happened to me, no matter how well-tucked they were – but I would still rather see a glittering blanket of white than this soggy gray mess. I’ve been trying to remember what I liked about winter and coming up blank. The magic is gone.

I was thinking about that usb thumb drive again, the one I lost that had a lot of my writing on it. Once again, I really, really hope that whoever found it (or stole it, but let’s not go there) deleted my hard work from it.

I don’t think I can stress this enough: if I can’t have access to my unpublished writing that I spent hours and hours on, then I sure as hell don’t want anyone else to have it.

This is about copyright, author credit, intellectual property, and all that stuff. I really don’t think I have to explain this.

1. Sleeping Beauty-based novel about stories and interpersonal relationships. There’s only a side love story in this one! I’m sure many people will be disappointed, but that’s life. Still not getting anywhere in the writing, but against all rationale and logic I still believe I can get some momentum going on that…

2. A series of short (ish) stories in which figures from various cultural myths encounter the Hindu god Krishna at important points in their lives. This was my senior writing project in 2008-2009, which I revised, then saved on a thumb drive and apparently nowhere else, then lost the thumb drive. I want to publish this as a book, so I need to re-revise, then decide what the next step should be. Agents? Send to publishers without an agent? Self-publish. Ugh. So much work. I’m literally ONLY good at the creative stuff. (At least, I used to be.)

3. At least three short stories I wrote and never finished. Sometimes I completely lose interest after the first draft.

4. Return to retellings of fairy tales written throughout high school (and even a bit in college). I’m thinking I might post it on fanfiction (yes, I am a dork), because I already have readers there. Then again, I do eventually want people to take me serious as a writer, so… maybe not.

Maybe I’ll make a new pen name! Then I can dissociate the stories from the old, ridiculous harry potter fanfics (which still get reviews, somehow…)

5. Don’t Die. I feel good about this one, since most people in the world will also be working on this project with me. 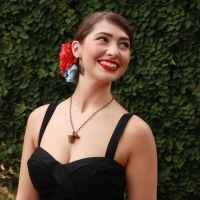